In the wide-ranging Wonder Women of Hollywood event co-produced by ZBS Studios and Backstage and hosted by master acting teachers Zak Barnett and Martha Gehman, the star discussed ageism, the actor’s ‘shelf life’,  the women she looks up to, advise she would give her younger self, and much more.  Here are the outstanding bits we thought you shouldn’t miss.

After winning Broadway’s “Most Promising Newcomer” Award at the age of 17, in the Broadway production 110 In the Shade, Lesley Ann Warren found stardom on the small screen in the title role of the legendary Rogers & Hammerstein’s musical adaptation of Cinderella.

Warren’s film debut was in Disney’s The Happiest Millionaire, but it was her brilliant performance in Blake Edwards’ comic masterpiece, Victor/Victoria, that won her nominations for an Academy Award, and a Golden Globe, as well as winning a New York Film Critics Award and a People’s Choice Award. Additionally, Warren received nominations for a Golden Globe for Songwriter, and a People’s Choice Award for Choose Me.

Warren’s television credits include a Golden Globe Award performance for Best Actress in the miniseries 79 Park Avenue. She also was nominated for a Golden Globe and an Emmy for her role in the CBS miniseries Family of Spies. Warren received a Cable Ace nomination for her work in Tennessee Williams’ 27 Wagons Full of Cotton. She also received Cable Ace and Golden Globe nominations for her work in HBO Pictures’ Baja Oklahoma. Further television credits include leading roles in the NBC telefilm Evergreen, and the Emmy winning TNT miniseries Joseph (opposite Ben Kingsley).

Warren’s recurring roles in television include a comedic tour de force opposite Sydney Pollack on NBC’s hit comedy Will & Grace, the ABC series Desperate Housewives and most recently, five seasons in the USA Network drama, In Plain Sight, as well as the 100th episode of Psych, a tribute to the movie Clue.

Warren recently completed filming: It Snows All the Time and Babysitter which had its premiere at the SXSW Film Festival, as well as arc on COMMUNITY for Yahoo, GIGI DOES IT for IFC, GIRLFRIENDS’ GUIDE TO DIVORCE for Bravo and BLUNT TALK for Starz. Lesley will next be seen recurring in Jenji Kohan’s AMERICAN PRINCESS for Lifetime.

WHO SHE LOOKS UP TO

The people I look up to are French women in French films and that is because in Europe you are allowed to be a woman ageing and still be a complicated, interesting, adult, intelligent, sexy woman who has a life. Not so much here, although it is changing rapidly.

I just saw Annette Bening in her latest film which is so stunning. When I spoke with her about it, my eyes were filled with tears, because this is a woman who is marching to a different drum and is willing to embrace her aging. She is completely comfortable and owning her ageing …and incredible acting is coming with it.

Women today are not willing to give into that ‘shelf life’ idea. They are saying no. I am great. I am doing interesting work. I am interesting and because so, many of them are doing that – the landscape is changing.

ADVICE YOU WILL GIVE TO YOUNGER SELF

I was so filled with fear and I honestly don’t know how I managed to have a career. I was so afraid and yet, something greater than that fear carried me through and keep me going. I was very lucky and had tremendous success at a young age, but I didn’t get to enjoy because I was so filled with fear and self-doubt. I would tell my younger self to try and find a way to deal with that fear separately – to experience the joy and not be so concerned with being liked.

I think because I have been working my entire life…I started when I was 17 in my first show on Broadway and I was 18 when I did Cinderella. I haven’t actually experienced that ‘shelf life’ issue, but I think that is largely due to my willingness to embrace whatever age I was being perceived as …and to continue to allow myself to grow into whatever next age and whatever next phase I was living and being hired for.

I do think things are radically changing. In my lifetime in this career, it would be unheard of to confront a powerful man… and now they are coming down and hitting the floor with a thud. And in all fields. In our time, you just didn’t say a word. I’ve had my own Me Too experiences and you just couldn’t speak up.

The sisterhood now allows us to be loud and men are losing their careers. I don’t think that so many powerful men will be so quick to behave badly because we have spoken out. Time’s Up Now is incredible. They are putting in legislation and that is great.

I served on the board for an organization called Victory Over Violence for nine years.  I went to a lot of women’s shelters and participated with women who needed surgery due to violence and all that goes along with abuse.  That was really important to me because I’ve experienced that myself. It was a great way for me to give back and utilize what I’ve learned and empathized with those that maybe haven’t yet.

From the time I started, I was so motivated to illuminate the human condition through the roles of the women I got to play.  It was so important to me to explore, not just for myself as an artist, but for the people that would hopefully get to see what I was doing, some aspect of the human condition they weren’t familiar with or to which they had no relationship.  That was really important to me and continues to be the guiding force of whatever I find myself doing.

For more on the Incredible Wonder Women of Hollywood, click here to watch the entire panel discussion.

Check out more details about our Wonder Women of Hollywood Event here!

Our ZBS Young Professional Actor Camp is Back!

Check out what classes we are currently offering for you!

Casting Director Marci Liroff’s article about the event in Backstage

ZBS / About Author
ZBS is an acting studio that was founded by Zak Barnett focused on the development of the whole self. Through the signposts of Spirituality. Entertainment. and Activism ZBS focuses on developing the leading breakout actors and actresses of tomorrow.
More posts by ZBS 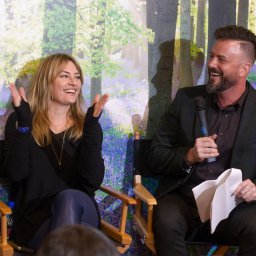 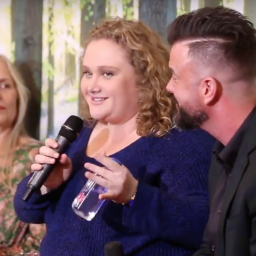 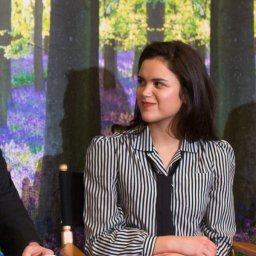 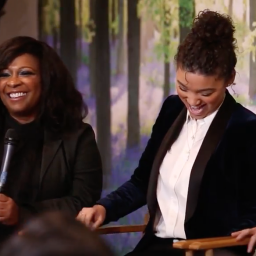 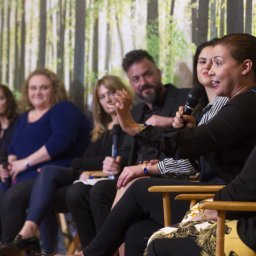 Enter your email to receive $100 off your first three months of classes !

Fill out my online form.